Programmatic advertising can be a confusing area to work in. It’s a fast changing space with an ever growing list of buzzwords and acronyms that overlap and are often poorly defined. Even the meaning of the term “programmatic” itself is often used to mean different things. Those new to the world of digital advertising, and those looking to move into new areas can understandably feel lost at times. Particularly when it comes to understanding programmatic advertising deal types.

Updated June 2019. This blog post was originally published on 24th August 2018 and has been updated to keep it accurate and fresh! In the early days of the internet, all deals were direct. If an advertiser wanted an ad to appear on a website they (or their agents) talked to the website owner to agree format and terms. Once agreed the ad was trafficked and invoices raised. Direct deals might be old-school, but they are widely used today, offering flexibility to advertisers and high prices to publishers. The main down-side of direct deals is the work and time involved. From RFP right through to trafficking and testing, the hours rack up. That is fine when the deal is worth significant sums and can be planned in advance, but harder for smaller deals and difficult to scale up to always ensure that every ad request generates revenue.

Programmatic advertising uses software to automate much of the process. In particular the term refers to software systems making the purchase of ad inventory. 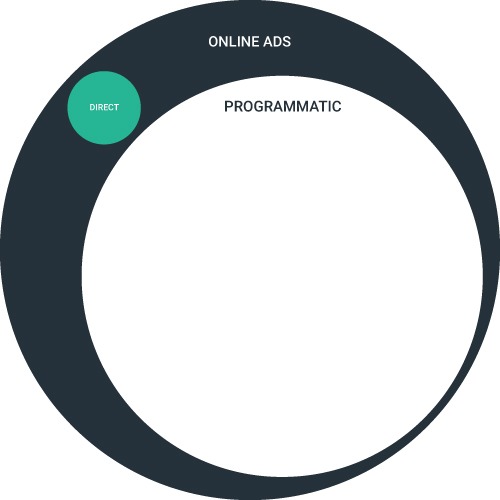 Real Time Bidding (RTB) occurs when ads are sold via an auction occurring as the page loads. Deals that are settled via RTB take several forms, but not all programmatic advertising is resolved by Real Time Bidding as a guaranteed price has already been set (we’ve grouped these types as “Guaranteed Deals” although this isn’t a widely used term and shouldn’t be confused with “Programmatic Guaranteed” which is a specific term relating to a subset of these Guaranteed Deals. Programmatic Guaranteed (PG) and Automated Guaranteed (AG) are both programmatic advertising deal types that agree impression numbers and price in advance rather than via Real Time Bidding (RTB).

Automated Guaranteed is focused on streamlining the sales process, using software to automate the RFP, Media plan and IO process and integrating with the publisher’s ad server to traffic the deal.  Programmatic Guaranteed is more complex and more widespread.  PG gives buyers the means to cookie match at an agreed price, getting a look at each request with the option to buy it if it meets the agreed criteria.

In very rough terms, with PG the buyer decides which impressions match the criteria and in AG the publisher decides. 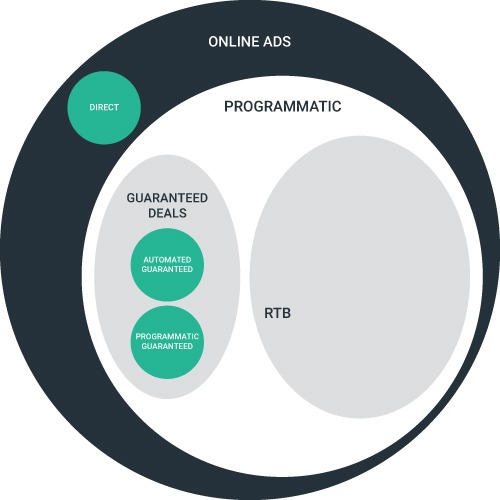 There are two deal types that are considered Private Auction. Preferred Deals exist on a one to one basis between the buyer and the seller, where as Private Auctions involve a number of pre-selected buyers invited to bid against one another. 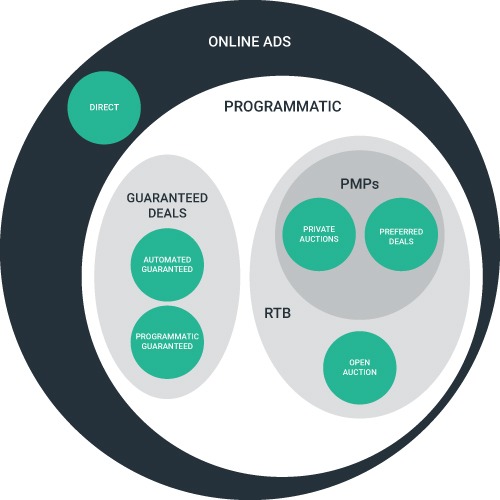